Coronavirus (COVID-19) updates and information about visitor restrictions at our hospitals and clinics. 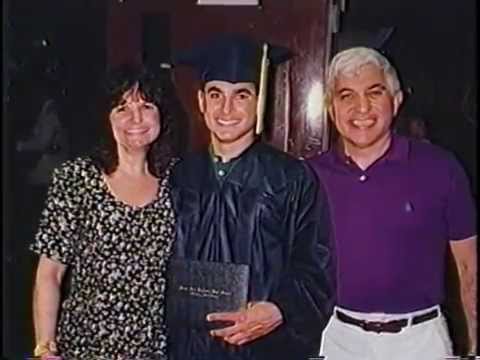 To learn more about Todd’s journey, please see the video below.

Todd Ouida's premature death at 25 in the World Trade Center in the fall of 2001 was, for his parents, a tragic end to a life that had included considerable hard-won triumph.

As a child growing up in River Edge, New Jersey, Todd suffered from a panic disorder so severe that he had to leave school, ultimately missing three years while in intensive therapy. He returned to school in the seventh grade and grew into a popular, generous teen who eventually took the bold step of coming to the University of Michigan to earn a degree in psychology.

For Todd's parents, Herb and Andrea Ouida, the route toward accepting their son's death has been to honor Todd's memory by helping other children suffering from depression and anxiety disorders. Their Todd Ouida Children's Foundation, which raises money to support psychological services for families in need in the New York-New Jersey area, now supports dozens of organizations and has already distributed several hundred thousand dollars in gifts.

Through their foundation, the Ouidas are also supporting research in childhood depression and anxiety disorders at the University of Michigan, a way of honoring Todd's love for his alma mater as well as forwarding understandings of the difficulties that compromised a portion of Todd's childhood. In 2002 they established the Todd Ouida Clinical Scholars Award in Childhood Anxiety and Depression with a $250,000 gift from Todd's estate and have since augmented the Ouida endowment with an annual gift of $10,000.

The Ouidas, with Todd's brother and sister, Jordan Ouida and Amy Morik, and their families, also maintain a website, www.mybuddytodd.org, which describes the ongoing work of the Todd Ouida Children's Foundation.

At the time of his death, Todd was enjoying a developing career as a foreign currency options trader for Cantor Fitzgerald. Herb Ouida, who worked on a lower floor of the same building as his son, was executive vice president of the World Trade Centers Association. He had joined the WTCA in 1995, following a 26-year career at the Port Authority of New York and New Jersey. He retired in 2003 to devote his efforts full-time to the Todd Ouida Children's Foundation.